We were thrilled to find three bountiful gooseberry bushes in our back garden, so we’ve made some gooseberry jam to use as favours at our wedding in the autumn. This is our recipe.

Put three saucers in the freezer – more on this later…

We got jars from Amazon and sterilised them by washing in hot soapy water, rinsing in boiled water and drying in the oven. We also spent ages topping and tailing all of the gooseberries. It took a LONG time.

We bunged the gooseberries into the pan with the juice of the lemon and 400ml of water, and simmered it for about quarter of an hour. Then we added the sugar and stirred the mixture (at a lower heat, if it boils the sugar crystallises) for another 15 minutes until it was all dissolved.

Now boil the mix hard for at least 10 minutes. I panicked at this point because it started going red, and why would green gooseberries go red right? But it turns out that is what happens when you boil them with sugar, it is correct and you don’t need to ring your sister in a panic that you’ve done it all wrong…

Then we got one of the saucers out of the freezer and dropped some of the jam onto the cold surface and let it cool. The test is that if you run your finger through it, it should wrinkle up. It took a couple of tries (and a lot more boiling of the mixture) for us before this happened, but as soon as it did happen we put the mix into the jars and it set perfectly. 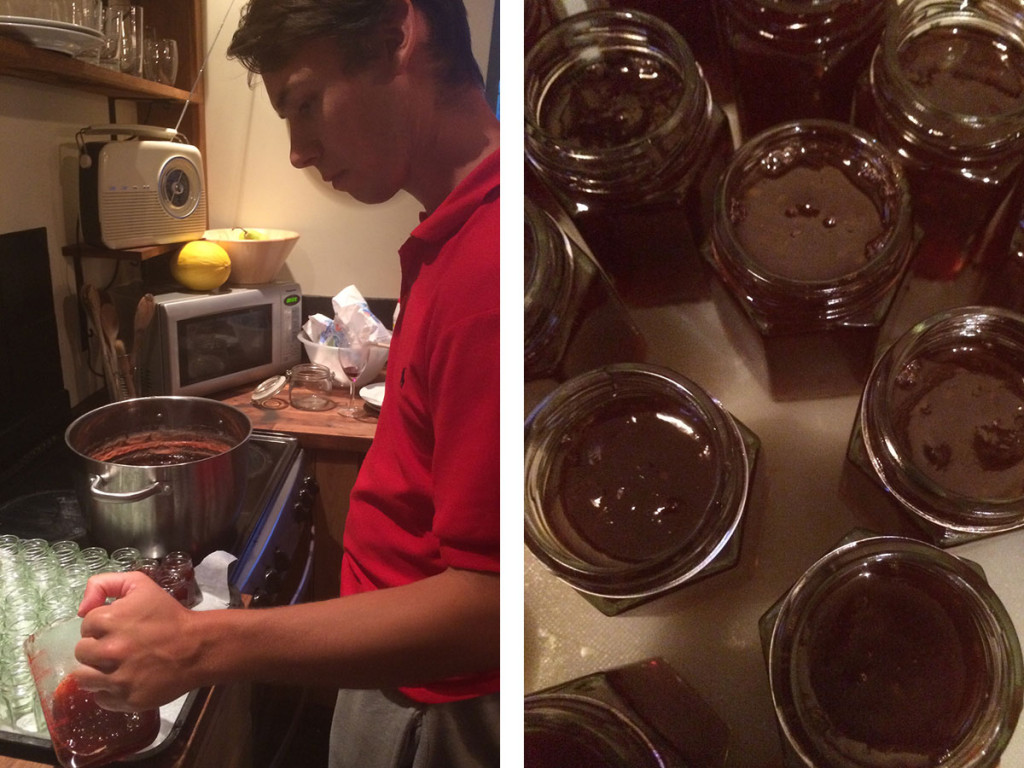 Apparently you should put the lids on the jam jars while the mix is still hot as it creates a better seal and helps to preserve the jam for longer – no idea if this is true but it is what all of the advice online seems to say, so that is what we did. So far, that seems to have worked!